Lyric soprano Michele Troise is a professional opera singer who has simultaneously worked as a voice educator for the last decade. Her life-long commitment to sustaining the authenticity in her own work, coupled with a passionate interest in the nature of human consciousness, led her to the cognitive sciences and the emerging field of neuroplasticity. Her original approach to voice education, Sing Differently, reflects the perspectives of these fields and their direct relevance in the training and evolution of performing artists.

As soprano soloist Ms. Troise has appeared with The Orchestra of St. Luke’s, The American Symphony Orchestra, the North Carolina Symphony, The Appalachian Summer Music Festival, The Barge Music Chamber Music Series in NYC, Meadowsweet Music Series, Children’s Free Opera of New York, and L’Orchestre Philharmonique du Monde in Montréal. In Europe she has performed with Radio-France, Théâtre Royal de la Monnaie, Opera Barga, BBC Television, NCRV Television, and has given solo recitals in France, Germany and the United States. She performs regularly in the United States and Europe. 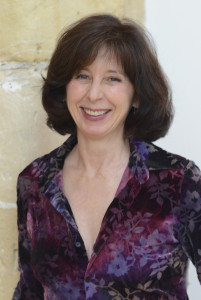 Ms. Troise is a certified Ericksonian hypnotherapist, and a certified teacher of the Alexander Technique.  A native New Yorker, she attended the Fiorello H. LaGuardia High School of Music and Art, and is a graduate of Hunter College with a Bachelor of Arts degree in Vocal Performance.  Her initial vocal studies with Harold Parker were followed by numerous international awards, including a Fulbright Fellowship, a Harriet Hale Woolley Fellowship, a French government grant for the Académie Internationale d’Eté de Nice, and two consecutive scholarships to study with the great baritone Tito Gobbi in Florence, Italy. Ms. Troise also worked extensively with director H. Wesley Balk, the developer of the «Performing Power» method of training singer-actors.

Attentive to the effects of stress in a performer’s life, Ms. Troise is an Authorized Instructor of The Radiance Technique®, which she has taught to some of the world’s greatest classical and popular artists, including Regine Crespin, Shirley Verrett, Eric Halfvarson, Hilda Harris, Kristine Ciesinski, David Pittman-Jennings, Annie Lennox and Michel Jonasz.