Each human voice has a timbre as unique as a fingerprint.

And it is each person’s innate vocal timbre that fundamentally distinguishes his voice from everyone else’s.

This distinction is even more pronounced where 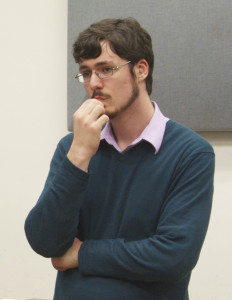 a singer is concerned. There will always be someone who can sing higher, lower or louder, but each singer’s vocal timbre is his alone. It’s only by uncovering and developing this unmistakable individual quality that a singer can discover his real vocal and interpretive capabilities.

Ironically, in the complexity of all that a vocal artist must attend to, his most precious gift, that unique vocal timbre that is his and his alone, is too often submerged or obscured – even lost.

One of the major reasons is that singers are often undone by cognitive illusion.*  Cognitive illusions are basically blind spots in how our minds process information.  They deceive the mind into perceiving something that is not present or incorrectly perceiving what is present. They can trick a singer into wasting energy on impossible goals, such as attempting to hear his own voice in the same way that he imagines an outside listener hears it.  In fact, these illusions of perception divert the singer’s attention away from what is essential for an engaging performance.

Once a singer slips into the maze of cognitive illusion, his singing becomes inevitably detached from its primary functions: to move and communicate with the audience and to respond to the demands of the music.  Both singers and audiences know something is amiss, but they can’t quite define it. 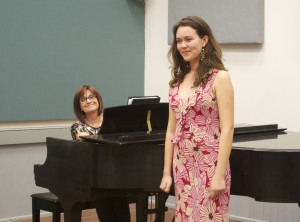 Sing Differently is an approach to the voice that enables singers to protect and nurture these primary functions in their performance, increasing their possibilities to develop into unique vocal artists.  The latest discoveries in neuroscience reveal the brain’s ability to spontaneously re-coordinate complex activities through the phenomena of neuroplasticity.**  Michele Troise guides singers into using their own neuroplastic capacities to realize the vast palette of emotion possible through the speaking voice during the act of singing.  It’s an intelligent safeguard against the current tendencies that unintentionally remove the very elements that make an artist fascinating – his unique vocal timbre and authentic expression.  This authentic expression is at the heart of why we sing and why we listen, as well as at the heart of all music.

Working with the Sing Differently approach allows singers to correct the tendency to sing after the beat, and addresses the root causes of musical distortion and over interpretation.  Even when singing the most demanding repertoire, singers will sound and look naturally expressive and attractive – an important advantage in this age of simulcast and filmed performances.

A vocal artist’s authentic expression is much more than a good sound.  What if the key to an increased audience interest in opera and all vocal music lies in restoring our singers’ ability to produce an immediate and unforgettable emotional experience for the audience, an experience capable of touching their deepest and most universal emotions?

I welcome opportunities to share this work with singers, coaches and conductors in professional and educational settings.  Please contact me for more information.

“In Michele’s view, expression is not something a singer accesses after acquring an abstract vocal technique – it is part and parcel of that technique. While this is scarcely a new idea, the detail and logic with which she applies it are unique in my experience.”

→ View photos and videos of Sing Differently in action